So in twenty minutes - at eleven - I leave work and take a cab to the airport, where I will be flying home to Sweden! Woop!

I want to learn to surf! Ireland has lot's of great surfing beaches and it would be so cool. Until then, I surf the web. Here are a million billion links to things that I find fascinating:

And there is so much more. I od'd a bit on the internet today. Don't really know what happened.

Vacation is tomorrow!!!
Love, Kristina at 12:52 No comments:

Olof had a motorcykle accident on saturday and broke a vertebra, or a spinal disk. He's in the hospital now. It's a bit scary and I don't want to think about it.

Personally I had a wonderful weekend with my wonderful boyfriend who constantly makes me very happy. We saw Terminator Salvation and I really liked it and we went for a walk in the sunshine and we hung out and we had tea and we did stuff and it was good.

Now it's pretty late and I should bake a cake and take a shower but I'm tired and slow. At least I had dinner. Spagetti bolognese which wasn't as good as I usually make it for some reason.

And oh yeah, Maria comes back on tuesday, not sunday, that was just wishful thinking.

Listening to: Lot's of stuff, at the moment Stardust by Vince Giordano's Nighthawks but also a lot of Loudon Wainwright III and his daughter Martha Wainwright even though I can't get over the fact that some of Loudon's songs are probably about her, and it makes it a bit strange. I don't listen to Rufus Wainwright though, don't like him, or their mother, who is also a singer, named Kate McGarrigle. Most of all I listen to the record Rouge's Gallery.
Love, Kristina at 22:26 1 comment:

Maria left for Sweden today and Olof just left for his new house. Got the house to myself for a few days. In just one week I leave for Sweden as well.

And just one week ago me, Maria, Hannah, Eoghan and Ida (and eventually Joe as well) where having goodbye drinks at Tom Barry's. I haven't had a drink since, which is a pretty long time for me. I mean, I not an alcoholic but I live in Ireland. There is one social venue. The pub.

Joe is at his folks place tonight.

So yeah everyone I know goes away in the end kind of feeling at the moment. I mean, I'm not angsty, Maria comes back on sunday and life is peachy in general and I don't mind being alone one evening (or two, or seven) but I'm in a really lousy mood and today I would have wanted to hang out with someone.

Here is where I would have told you the reason why I'm pissed off but I wont. Ask me if you're interested.

Listening to: Buraka som Sistema on Spotify and WOW I love them.
Love, Kristina at 19:59 No comments:

No girly night, just haircolouring and bleaching. My hair looks less bleached than it usually does.

I got a great idea for my painting for Ida. Might paint it tomorrow.

Listening to: Loudon Wainwright III on Spotify. He is wonderful!
Love, Kristina at 00:10 No comments:

Okay I'm a bit early but I want this ring for my birthday! Or a tattoo.

Joe cut all his hair off. Lucky for me he is still handsome. Maybe looks a bit more criminal now but I would'nt tell him that.

Hannah dissed the girls night for football. But I can still help Maria pack - she's going to Sweden tomorrow - and maybe paint my own toenails, or something.

I made it to the gym this morning! Love myself.
Love, Kristina at 15:51 No comments:

I actually went down to the English Market today at lunch. Was in a bad mood over not going to the gym this morning but the impressive efficiency I managed to work up during one short little hour made me happier again. I bought liver. Liver is really cheap! So tonight I'm making liver stew for Joe and if he doesn't like it I'll give hime some pie or something. I have a million lunch boxes in the fridge. So no panic.

Here is a little list of films I want to see: Miss Nobody, Tribes of October and I sell the Dead.

And here's a picture of the Man of the Week: 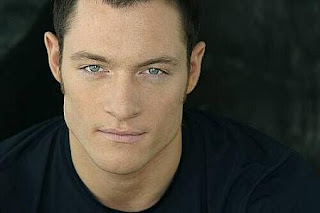 The Man of the Week tradition is not back, but I want to make people aware of how hunky he is.

Tomorrow me, Maria and Hannah are possibly having a giggly girly night with pesto chicken, hair colouring and bleaching, maybe some silly movies and maybe some toenail painting. We'll see.

So I'll be coming to Sweden in ten days - the eighteenth of june. With my boyfriend. (Getting used to the word a bit. Even more, feeling very happy about it. He is amazing. Enough cheesiness!)

Anyways there will be giveaways of stuff, as I have mentioned, and I want to see everyone and get drunk every night and go to the beach and have bbq's and whatnot, but it's mostly gonna be sorting stuff. So yeah, now I've said that.

Bought Pride and Prejudice and Zombies today and now I'm gonna read it.

Working nine to six this week and it's SWEET.

Listening to: Richard Cheese on Spotify.
Love, Kristina at 22:36 No comments:

Why am I feeling so low? Like... my heart is made out of led, cold and heavy, and I'm just so sad.

Well, to answer my own question, I think it's lots of different things. Making decicions and changing my mind, being reminded of old pains, being generally confused and forgetful and feeling even worse about it. Feeling scared and powerless and lonely.

Basically none of these feelings make any sence. They don't have anything to do with the reality I live in. If I could just move the black, heavy veil from my eyes I would maybe see reality and feel better but I see everything through a thick layer of pain, misery, regret and confusion.

I have felt worse than this. Most of my life. It's not really so bad. It's just that it's... not real, and I still can't shake the feeling.


Listening to: Robert Pattinson - Never Think (Yes. Robert Pattinson. Looks stupid, acts stiff, sings like a grown man who just lost his whole family in a fire or something. Really good.)
Love, Kristina at 14:10 No comments:

Note of interest: look up North Korea on the Google map. It's pretty much where the map ends. I mean, we all know this, but it's pretty freaky to just see all the roads, cities, everything just... end. If you look around for a bit you can find cities and fields and stuff, all unlabeled.

On the road again, pretty soon. But I'm just going to Lund. Or it's not so just, but I wont be going anywhere else. And woop! Joe is coming with me for a few days! We'll be arriving in Lund on the eighteenth and we'll be staying in my apartment. It feels great but I think it's gonna feel weird going back with no Ida here. She left today and I was crying most of the morning.

Been keeping busy reading webcomics like Girls with Slingshots and Hark, a Vagrant. I realized that there's a chance I like female comic artists better. I pretty much love comics, and there are lot's of male comic artists on my list of favourites, but the very very best ones often turn out to be women.

And then there's a crazy amount of crap. That's the nice thing about the internets. The crap. The unbelievable amounts of crap. And other stuff. I love finding pearls of niceness in the ocean of random bad and/or boring stuff. Haha.

Well, from the nineteenth this month and about a week forward I'll be giving away stuff, hugs, books, furniture, teacups, cd's, clothes, ducks, more stuff and some other stuff and accepting drinks, hugs and hangouts. You can't have my skiis though. I want to keep them. And a couple of other things. But apart from that, lot's of free stuff for pretty much anyone who shows up and grabs it! Yay! (Also you can spy on my handsome boyfriend.)

Also yeah not really getting used to that concept holy cow boyfriend? Wow. It's scary and awesome but mostly we have lot's and lot's of fun. Like the other day when we went to the beach and I hurt my foot. Uhm. Crappy anecdote yeah but it was a really good day. My foot still hurts.


Listening to: Rachid Taha - Ida (by coincidence!)
Love, Kristina at 13:33 No comments:

everybody look at me

Seriously I think this is so funny. Check out Lonely Island on Youtube or Spotify or something. Andy Samberg is a genius. (I appologize for the little lyrics-window, couldn't help myself.)