On Friday I think I partied for 11 or 12 straight hours which is unusual for me! At least the last few years. I was at a mingle event and met an old friend, ate amazing sushi at izakaya koi, drank wine and irish coffee and weird grogs at Kalle's place and went to a party where I met a lot of new and exciting people! Some of whom I later had a fantastic night with.

On Saturday I was pretty hung over but it was a good day anyway. Today is my mother's birthday and we went to a viking market with Robin, who bought me a necklace that I fell so madly in love with. It's made of black oak with a bronze bead. I can't really say what I love so much about it but I never want to take it off. I think I'm going to make it my turn around symbol. Years of pressure and hardship has made me stronger and wiser and better. Black oak is mostly reclaimed wood from old sunken ships. (Robin has a peice found in an old well, and one found deep underground while making the city tunnel in Malmö.) I recognized it immediately and the man who sold it said that I was the first who did. I wish I had asked where this particular wood is from.

Anyway; my turn around symbol because I am getting stronger and things are turning around. I feel better and better. When stuff is difficult I think that I'm one of billions of people on a small rock hurtling through space. And as such I have everything I need. So the black oak, from a tree that grew over hundreds of years and then, after that, was probably felled and made into something by someone, and then, after that, waited for hundreds of years more before coming to me, will remind me of a lot of things.

Everthing passes. Everthing has an end. Good and bad.
Life is amazing and filled with surprises and love and beauty.
I, too, am made stronger from my experiences.
My whole existence - from womb to tomb - is nothing compared to this tiny peice of wood, once a living thing. And THAT in turn is nothing compared to the silly little rock it once grew on. This silly beautiful rock hurtling through space.
Stuff is going to get better from now on.

I also bought a small pot of smoked salt and some other small trinkets. And I finally did the vacuuming.

Now I think I'll watch a horror movie before bed. 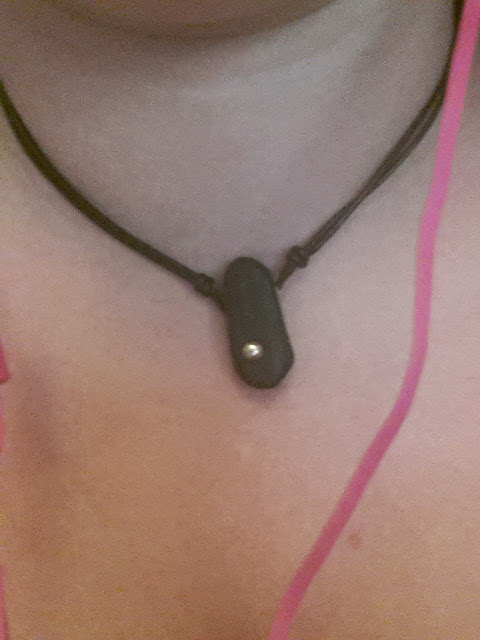